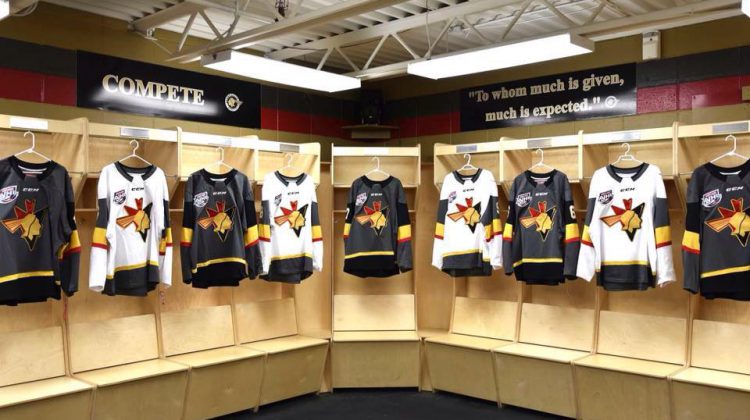 The Bonnyville Pontiacs and the rest of the AJHL will return to the ice in March, says the league.

On Friday the Alberta Junior Hockey League announced they had been given the green light from the provincial government for a return to play.

The plan for the league is for teams to begin a training camp after a quarantine of players, coaches and staff and return to play in March with a schedule that sees games played exclusively on Friday, Saturday and Sundays.

“We are grateful for the guidance provided by Alberta Health Services and our Chief Medical Officer in developing the protocols required to safely resume the season for our athletes,” said AJHL Commissioner Ryan Bartoshyk. “Thank you to the Government of Alberta for the opportunity to allow our athletes to develop and excel here in Alberta, and to all 15 AJHL teams for the significant dedication to your players and communities across the province.”

The league says players will utilize private PCR testing through DynaLIFE on a weekly basis throughout the remainder of the season as well as twice before commencing their training camps. If a member of the AJHL cohort – players or staff – test positive for COVID-19 at any point in the season, The AJHL says the team will be required to isolate and suspend all in-person team activities for 14 days.

Spectators are not currently permitted due to provincial restrictions currently in place.

A schedule for the season is expected out “shortly”, says the league