Mounties in St. Paul have laid charges and are looking for a suspect after an incident in Saddle Lake. The RCMP says on December 12th they were called to a home after a man reportedly sprayed someone with bear spray.

Later that day police were again sent to the home where gunfire was reportedly exchanged between the homeowner and a vehicle parked outside. The suspect in the bear spraying incident was believed to have been in the vehicle.

One person in the car was said to have sustained a minor head wound but said no to medical treatment.

45-year-old Clayton Omeasoo of Saddle Lake now faces a slew of charges including discharge of a firearm with intent and possession of a weapon for a dangerous purpose. He is set to make an appearance in St. Paul court on Thursday.

Meanwhile, the RCMP is looking for 24-year-old Tyre Youngchief of Saddle Lake.

He is currently wanted on multiple outstanding warrants and mounties say he should not be approached and is believed to be armed and dangerous. 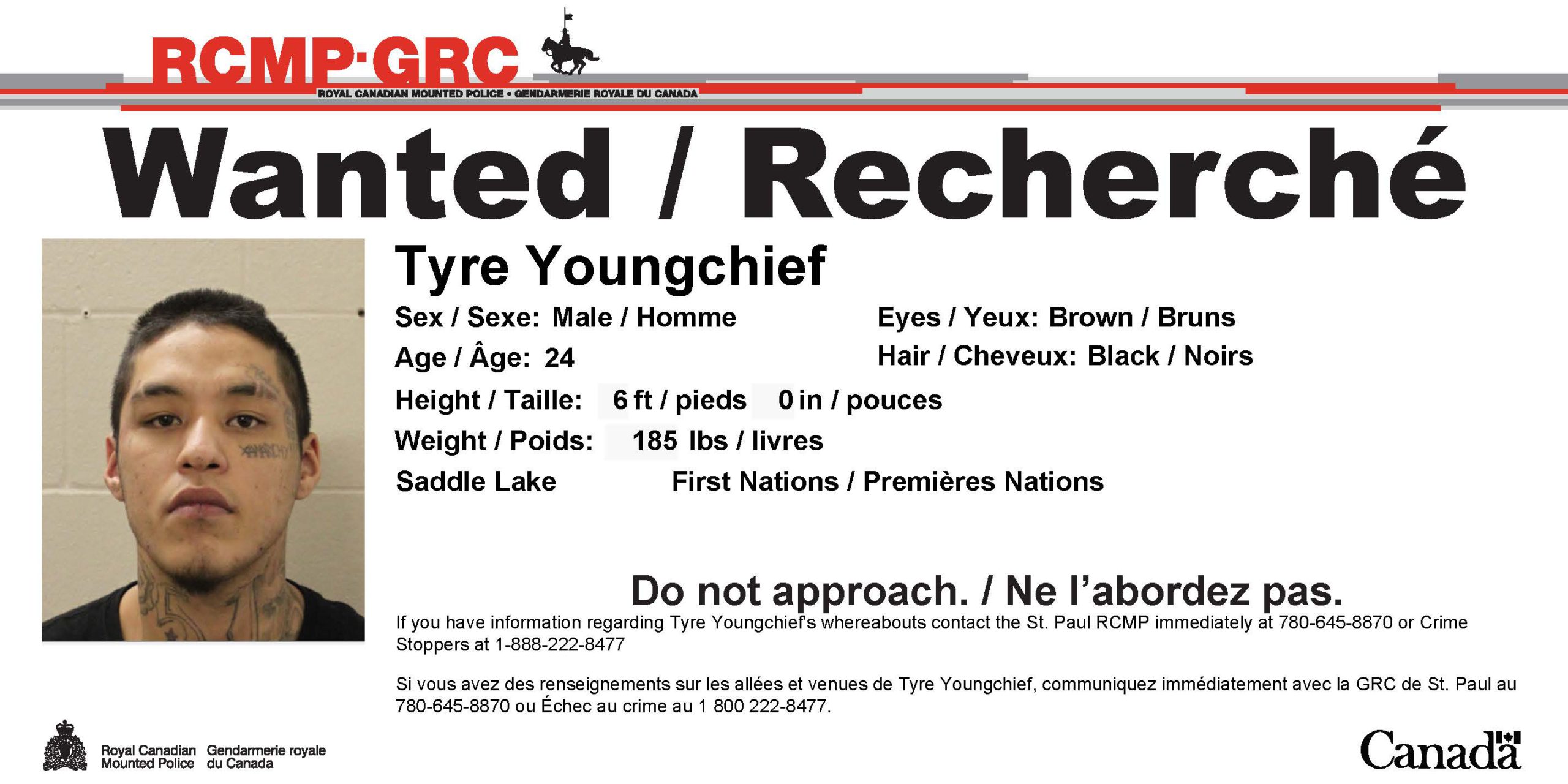