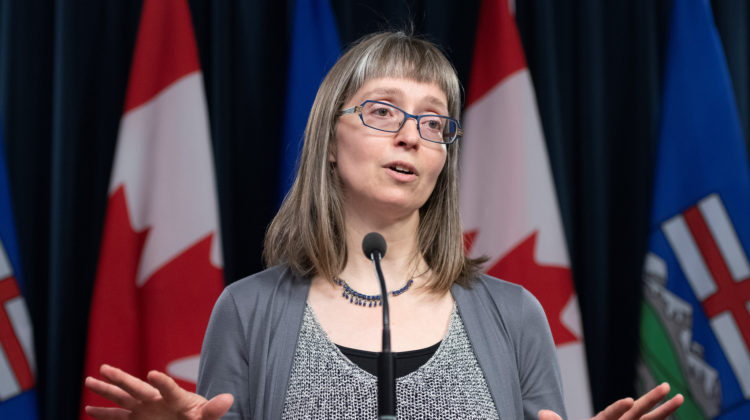 Alberta’s Chief Medical Officer of Health says the actions of a few have violated the trust of many.

Dr. Deena Hinshaw responded Thursday to a CBC exclusive that cited secretly recorded meetings between herself and cabinet that reportedly revealed political directions and tension over Alberta’s pandemic response.

She says “I am profoundly disappointed that confidential, internal conversations have been shared, actions that are a violation of the public service oath and code of conduct. This is a personal betrayal, and a betrayal of the trust our hard working team has placed in each other.”

Hinshaw reiterated her role is to advise and provide recommendations to the cabinet.

Health Minister Tyler Shandro also weighed in, saying “a lot of these media stories, as we’ve seen over the past few weeks, what I see is attacks on the credibility and independence of the office of Dr. Hinshaw and herself and the ministry, and of, to some extent, undermining the confidence that people have in the measures we’ve announced.”

He calls these “attacks” incredibly irresponsible.

It was another record day for active COVID-19 cases in Alberta with 14,052.

There were 1,077 new cases on Wednesday out of about 15,900 tests for a provincial positivity rate of about seven-percent.

Another ten deaths were also reported.

On a more positive note, there are still no reported cases of seasonal influenza in Alberta.

While health officials hesitate to compare flu data until the season is considered to be over, at this point last year there had already been 464 confirmed cases of influenza.