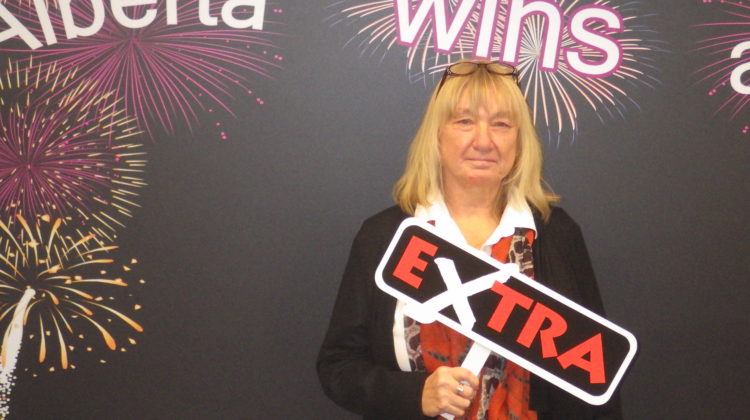 A Lakeland resident is celebrating a lottery victory. What started as a regular day for Sharon Stevens wound up being pretty extraordinary when she realized she was $250,000 richer thanks to the EXTRA she’d added to her LOTTO 6/49 ticket for the October 3 draw.

“I went into the store with all intentions of just getting new tickets for the week,” she recalled. “But once I realized I won I just left the store!” she laughed.

Using a ticket checker, Stevens discovered her ticket matched all seven of the winning EXTRA numbers – 1143377 – for the draw. But at first she wasn’t quite sure what she’d be taking home.

Stevens had picked up her winning ticket at the Beaverhill Shell at 100-9024 90th Avenue in Lac La Biche – the same place she discovered her win – a couple of days before the draw. She says she’s not sure yet what she’ll do with her $250,000 windfall, and just plans to “put it away for now.”

“Maybe when the pandemic is over I’ll go on a trip, but for right now it can just sit in the bank,” she noted.