Mounties in St. Paul are looking for help finding a wanted man in relation to what they call a “serious assault” earlier on Wednesday. The RCMP says the suspect fled prior to police arriving and has not been located. A warrant has been issued for his arrest.

Lyle Tyson Cardinal is described as:

Cardinal’s current whereabouts are unknown. Police are asking public not to approach him but to contact police immediately if located. 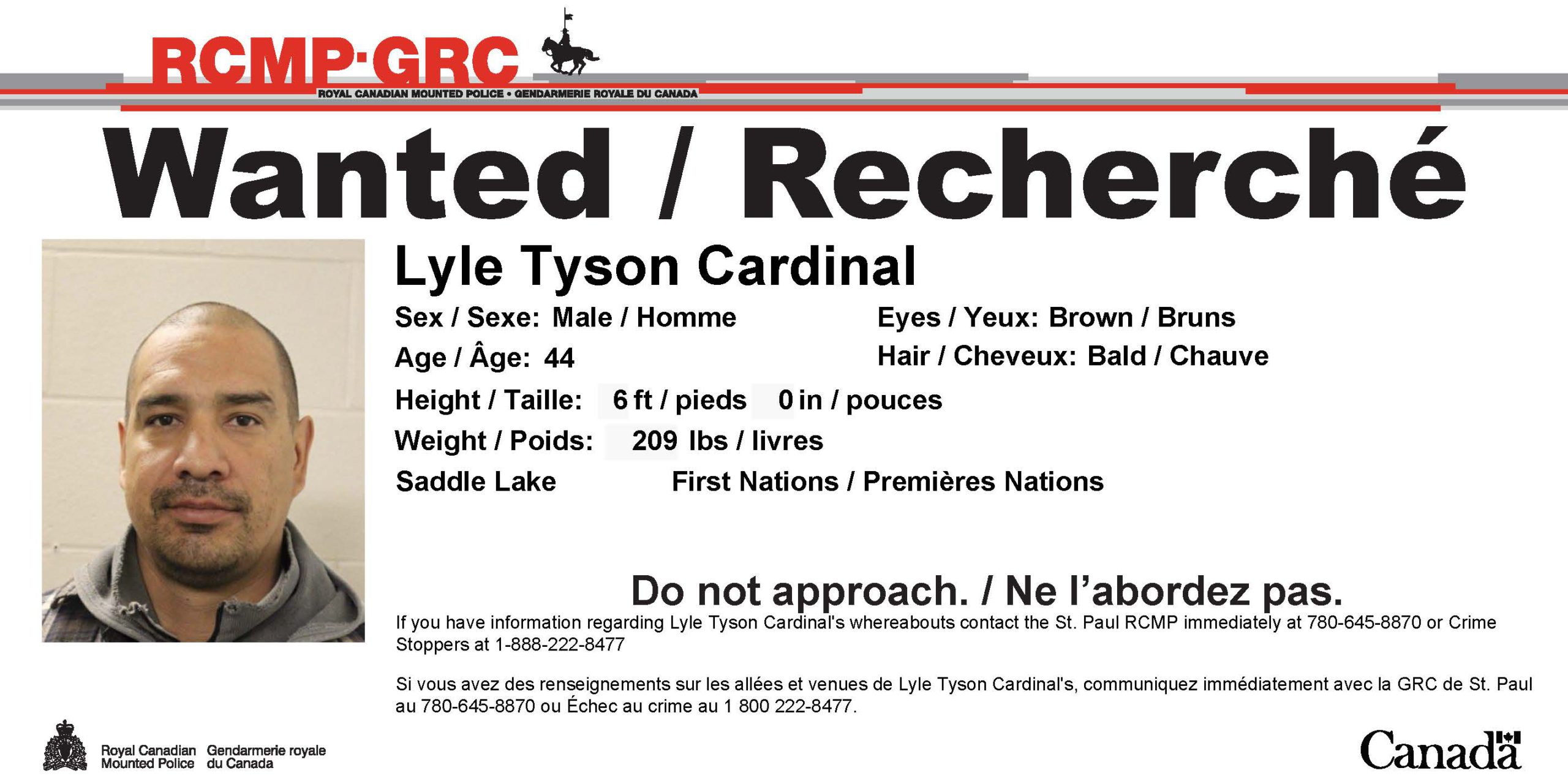