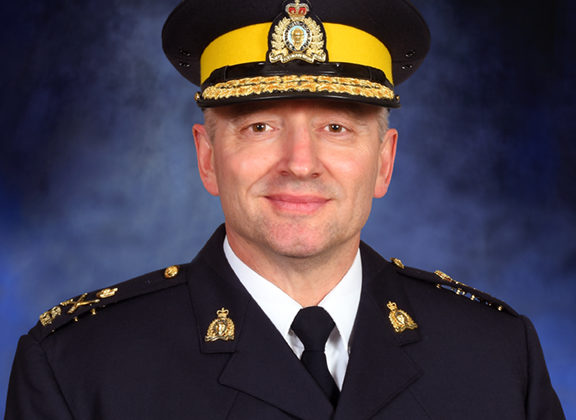 As the provincial government continues to talk about a potential provincial police force, the current RCMP Commanding Officer in Alberta has weighed in. Deputy Commissioner Curtis Zablocki released a statement on Friday about the current discussion.

“There is a lot of political commentary and discussion surrounding the provincial police feasibility study currently being conducted here in the province. It is my role to ensure Albertans receive professional, responsive police services, and I will continue to do just that.

“There are over 4,500 Alberta RCMP employees who work here and they proudly call this province home. I have the privilege of leading these police professionals, who are committed to the communities they live and serve in, and I am proud of the work they do to safeguard the security of the province each day.”

I have made many recent visits throughout the province, meeting with local government and community leaders, Indigenous chiefs and elders, and a variety of organizational leaders who represent rural and municipal interests in Alberta. I’ve heard often that Alberta RCMP employees are engaged, are doing great work, and are supported in their communities.

“Our first priority has always been, and will continue to be, keeping Albertans safe. I believe our success in that priority has been due to the strong partnerships and support we have built together with those we serve, and we will remain committed to working closely with those citizens and communities.”

Provincial Minister of Justice and Solicitor General of Alberta Kaycee Madu recently made comments to Calgary media saying he felt the RCMP were “not in tune with the culture and traditions of our communities.”

The UCP government announced earlier last week a consulting firm would be used to conduct a study on if a provincial police force could become a reality in the province.