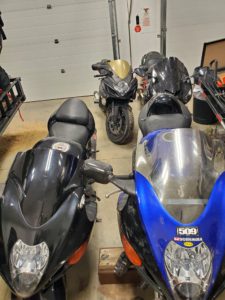 Bonnyville General Investigation Section, Cold Lake Police Dog Services and the Lakeland Region Crime Reduction Unit executed the searches on September 12. One search was a residence within the town of Bonnyville and the other was at a rural property near LaCorey.

Cory Fletcher was also charged with three counts of failing to comply and one charge of driving while prohibited. He remains in custody until his next appearance in Bonnyville Provincial Court on September 15th.

The other three were released and have a court date of October 20th at Bonnyville Provincial Court.