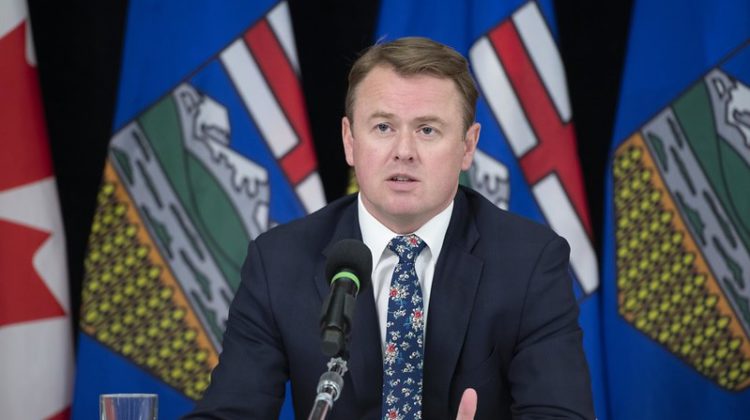 A shot across the bow Friday from Alberta’s Health Minister to doctors across the province.

Tyler Shandro issuing a statement regarding physician compensation, saying the UCP government is moving forward through a new funding framework, and is committed to maintaining spending on physicians at $5.4 billion a year.

“It’s questionable that doctors would leave for other provinces when stats show they’d earn far less than in Alberta under the current funding arrangement,” says the Minister.

Shandro also says the Alberta Medical Association has never presented a credible proposal to meet the government’s priority of maintaining spending at the current level, a fact that’s confirmed in the government’s statement of defence in response to the AMA’s lawsuit.

The Minister says the Alberta Medical Association has never taken bargaining seriously. “The AMA needs to stop playing games, and start taking the economic crisis facing this province and this country seriously. We’re still offering to hold our spending at the highest level in Canada, and frankly that commitment is looking more generous by the day, considering the fiscal situation in this province and this country. But we stand by it. Now it’s up to the AMA to decide what part they want to play in decision-making as we go forward.”

The provincial government is now exploring introducing physician compensation transparency, as exists for public servants in Alberta and doctors in a number of other provinces.

Meanwhile, a recent survey of doctors in the province found 87% are looking to make changes to their medical practices because of the new funding framework. To add to that, 49% are considering a move outside of Alberta.

Doctors in Lac La Biche and Cold Lake have also expressed concern with funding models and physician numbers in the past.

Written by Pat Siedlecki, My LethbridgeNow.com