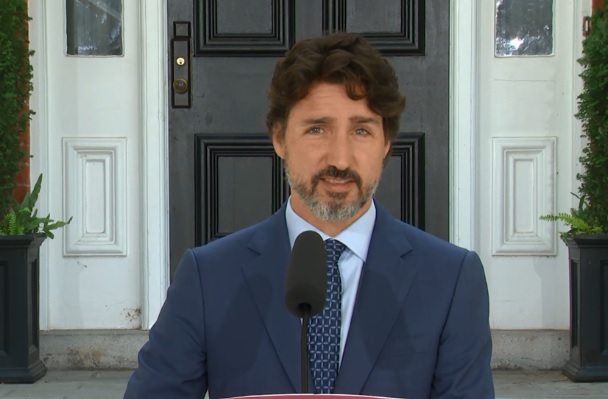 Prime Minister Justin Trudeau is thanking the U.S. and other allies for their support of two Canadians detained in China and charged with spying.

During his daily press briefing on Monday, Trudeau linked the arrests of Michael Kovrig and Michael Spavor to the case of Huawei executive Meng Wanzhou despite China coming out earlier in the day and telling the Prime Minister to “stop making irresponsible remarks” on the cases.

China says there is no tie to the cases, however, Trudeau said officials from the country made remarks tying the two together early on.

On opening the country up for travel, Trudeau said he understands the urgency to do so by the tourism sector and airlines but says that if we reopen the border too quickly we could risk facing a return to lockdown.

Trudeau also commented on temporary foreign workers being allowed to come from Mexico to work at farms in Canada, saying his government needs to better ensure that they receive proper protections while in Canada.

He also announced almost$94-million for sexual and reproductive health initiatives in developing countries and $100-million for a Winnipeg based food plant that sources from within Canada.