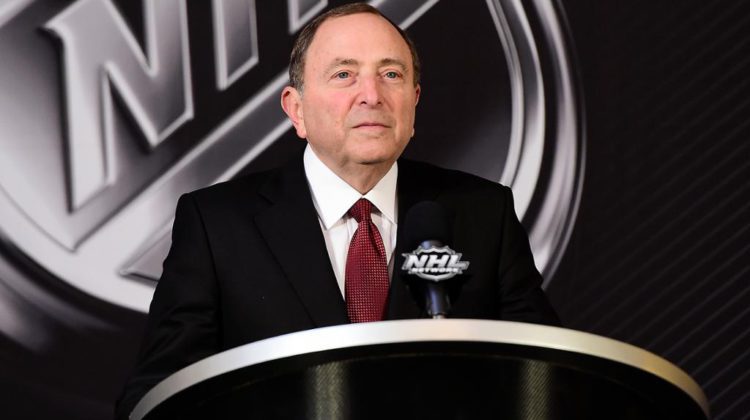 The National Hockey League could soon be back on the ice.

League Commissioner Gary Bettman announced Tuesday afternoon (May 26) the league is planning a 24 team Return-to-Play format, but no specific dates were given.

Bettman says he doesn’t think training camps will get started before the first half of July which means the season would likely not resume until August should it be deemed safe to play.

He adds the Return-to-Play Committee is still debating whether the playoffs will use re-seeding or bracketing.

Bettman says 10 team cities are still in the running with two “hub cities”, one in each conference to be selected at some point in the near future.

Among the candidates are Toronto, Edmonton, and Vancouver.

Bettman stresses none of this can take place of course until health experts and government authorities give the green light.

The NHL Draft Lottery meanwhile, has also been set for Friday, June 26th.