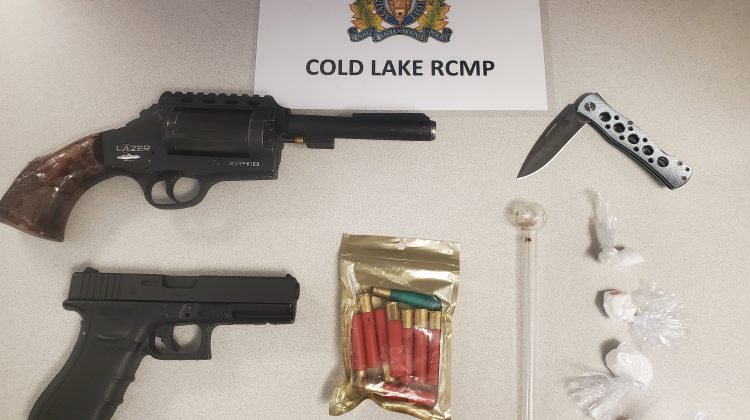 Cold Lake police are saying some sharp eyes and a quick call to the police has landed three suspects with charges. Mounties say the initial incident happened back on February 6th.

A passerby noticed someone sitting in a truck outside a bank in the city loading what appeared to be a gun. Police were on the scene quickly and a chase down Highway 28 commenced.

Mounties say that chase was ended with a crash with a police vehicle in the ditch. Nobody appeared to be hurt during the incident.

21-year-old Dylan Cowston and 22-year-old Omar Csurdi and James Lees now face charges including robbery with a firearm from a previous crime.

“The prompt response to the initial 911 call and the thorough investigation completed has levied multiple charges against the accused,” says Cpl. Marie-Eve Mackenzie-Plante “Our general duty members along with Police Dog Services and General Investigative Section will continue to keep our community safe when faced with these types of situations.”