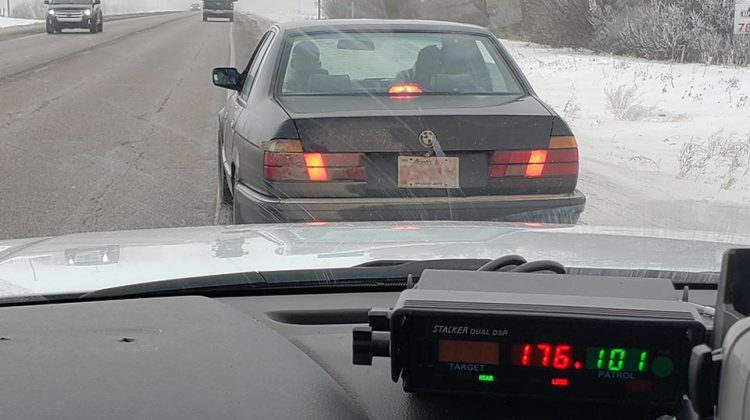 Mounties are urging drivers to slow down after a Facebook post saying they caught a driver in the Lakeland going way over the speed limit. The RCMP says the incident occurred sometime last month on a highway into St. Paul.

In a picture posted at the Alberta RCMP Facebook page, the officer states he caught the vehicle doing 176 kilometres an hour, well above the posted speed limit of 100 km/hr. The driver was also reportedly hit with an alcohol-related suspension during the stop.

Police say drivers need to slow down and drive for winter conditions.