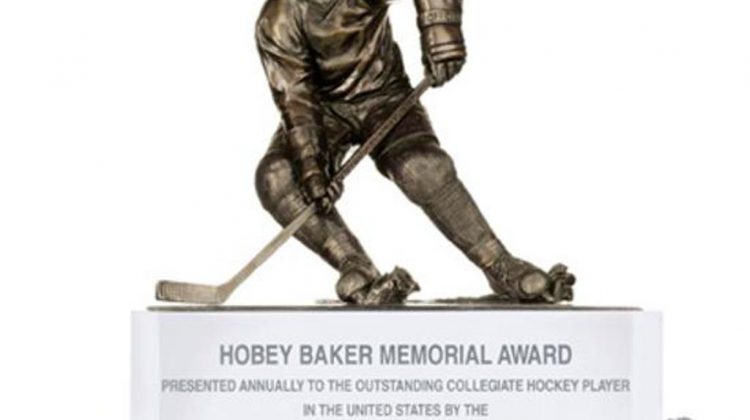 A Bonnyville hockey player is up for a major piece of hardware in college hockey. Brinson Pasichnuk is in the running for the Hobey Baker award, which is given out to the top NCAA hockey player each year.

Pasichnuk was born in Bonnyville and played three seasons of AJHL hockey with the Pontiacs.

“I got to play there with my older brother, Steenn. That was an experience we’ll never forget. Those were some of the best years of our lives. Some of the memories like the friendships we made and making it to the North Division final for the first time.”

He is currently playing for the Arizona State Sun Devils. Pasichnuk is one of 81 other hockey players up for the award.

“It’s a huge honour. I’m so grateful for so many people and I’m grateful that God has given me this opportunity with this nomination. I can’t thank the town of Bonnyville enough for all the support I’ve gotten. I see people sharing on Facebook and congratulating me with texts. It’s so cool.”

AJHL product Cale Makar was the 2019 Hobey Baker award winner. The list will be widdled down to 10 names before a winner is announced on March 9th.

Fans can head to the Hobey Baker award web page to cast a vote for Pasichnuk online.