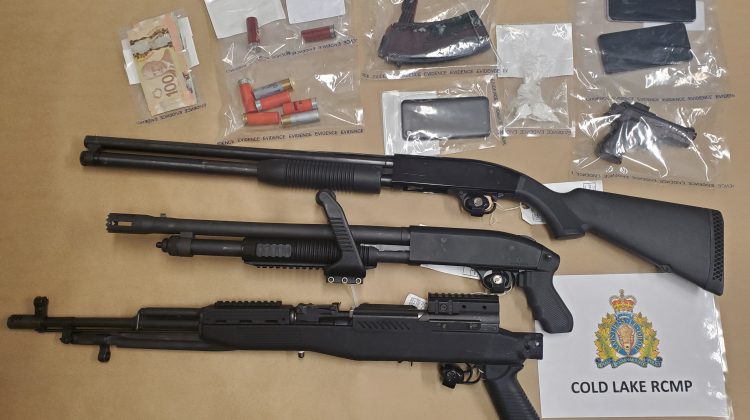 Early that morning mounties say three armed suspects forced their way into a home. Police made it to the scene quickly and arrested two suspects. A third was able to get away in a stolen vehicle.

The next day the RCMP says the third suspect turned himself in to police.

Mounties are charging 37-year-old Justin Michael Kellerman and 32-year-old Jason James Cardinal with a slew of offences including robbery with a firearm among others. Both are in police custody waiting on a January 22nd court date. The third suspect has not been named as his charges are pending.

“The prompt response to a call for assistance led to the apprehension of two armed and dangerous suspects,” said Staff Sergeant Scott Buchanan, Cold Lake Detachment Commander. “Through further investigation, we were able to locate and arrest the third suspect.”

Mounties say a number of weapons were seized as well as crack cocaine and money.