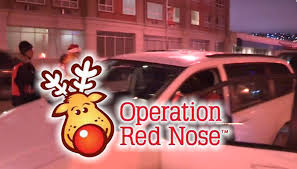 Operation Red Nose 2019 is being called a success by its organizers. This was the first year the safe ride home program was run by the Cold Lake AG Society.

Foulds says 172 people made up his team of volunteers this season. Donations are up slightly from the 2018 holiday season when Cold Lake Victim Services was at the helm.

“[The experience] was a little bit of everything. We’ve already committed to next year. Our board has committed to being the host next year already. It will be a lot of fun for the 10th year in Cold Lake.”

The donations will be split up between four other non-profits in the city as well as a pair of scholarships handed out by the AG society.

Lac La Biche RCMP arrest four after warrant round up