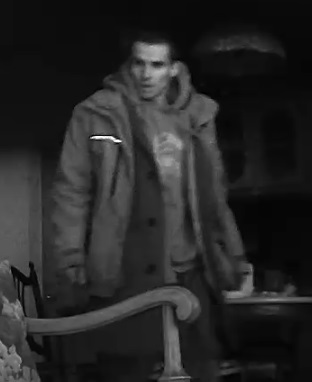 A number of items are missing from the property. Mounties are releasing a picture the owner got of the bandit on video surveillance - RCMP

Mounties in St. Paul say tips from the public have led them to identify the suspect as 30-year-old Joshua Darryl Pepin. Pepin faces charges that include break-and-enter and possession of property obtained by a crime.

He’s due in St. Paul court on Thursday.

Mounties in St. Paul are looking for help putting a name to a suspect in a recent break-and-enter near Ashmont. The RCMP says on January 5th they were already in the area investigating a stolen vehicle when they were tipped off about the break-in at a seasonal property.

A number of items are missing from the property. Mounties are releasing a picture the owner got of the accused bandit on video surveillance.

Police are asking anyone who may have info on the case to call the St. Paul detachment or Crime Stoppers.