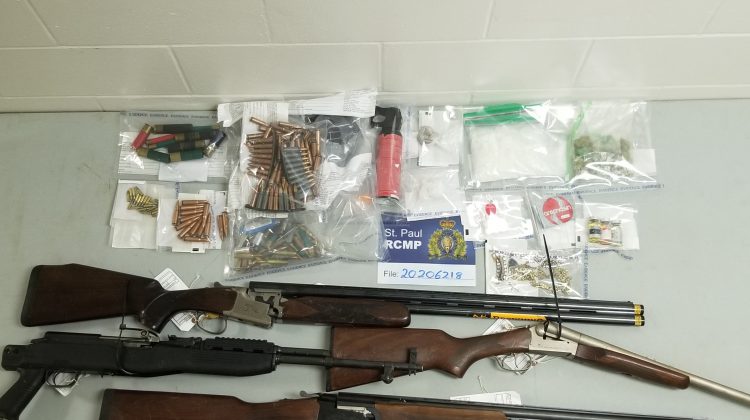 Three people are facing charges after a brief chase using a police dog in St. Paul. It happened on January 2nd.

Mounties say an officer spotted a vehicle near Lakeshore Drive that they believe had run from them the day before. When the officer tried to pull it over it fled.

Officers caught up to the empty vehicle in a ditch. Mounties say it was in the vehicle where they found 240 grams of Methamphetamine and a number of stolen guns. A police dog was called in and 3 kilometres later the suspects were tracked down.

38-year-old Justin Moses and 39-year-old Darin Moses of Saddle Lake along with 34-year-old Jamie Gadwa of Kehewin are now facing charges including possession of a weapon for a dangerous purpose and drug trafficking. All three are in St. Paul court on January 9th.

“Thanks to the sharp eye of one of our member’s several firearms along with a large quantity of drugs are now off the streets”. Says St. Paul RCMP Sergeant David Graham. “Keeping our communities safe is our number one priority”.