Poppy Campaign underway in the Lakeland 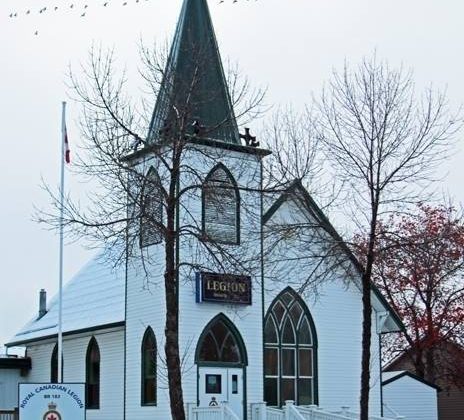 A tradition that goes back almost 100 years is back once again in the Lakeland. The Royal Canadian Legion rolled out their poppy campaign last Friday as they get ready for Remembrance Day ceremonies this year.

The poppies are being distributed to stores and other businesses around the area. Bonnyville Legion Branch 183 Vice President Jamie Beaupre says dropping a loonie or more into the jar before taking a poppy away helps support veterans across the nation as well as the local community.

“[Some of the money] will stay and help out community events. We’ve done a lot of stuff with it before. We’ve done Christmas Hampers, BCHS Santa’s Elves. The cadets also see a piece of it.”

Back again this year in Bonnyville are the sale of wreaths that will be displayed during the Remembrance Day ceremony in the town. The wreaths are a popular show of support for the campaign and Beaupre says volunteers are working to make sure they get out to the organizations making the donation.

“We’re appreciative of people that are grabbing the wreaths. If we happen to miss you, just give the legion a call or get a hold of us on the Facebook page and we’ll get one out to you as soon as we can.”

The first poppies worn to support the armed forces were said to have been handed out in 1921 in England. The flower as a symbol of remembrance comes from the Canadian poet John McCrae, and his poem “In Flanders Fields”.