The Lac La Biche RCMP are putting together all the details after an armed robbery in Plamondon. Police say they were called out to the Pelican Hotel on August 14th after two men entered the building with what was believed to be a gun and demanded cash.

The suspects got an undisclosed amount of money and fled in a truck. No one was hurt during the entire ordeal.

Suspect 1 was wearing a mask, grey and black hoodie, black pants and white shoes. Suspect 2 had a white undershirt, black pants, sunglasses, black shoes, baseball hat and a tattoo on his right forearm

The truck was later located abandoned in Calling Lake and was previously reported stolen from Vilna. 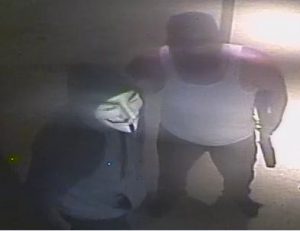 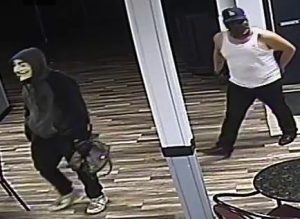