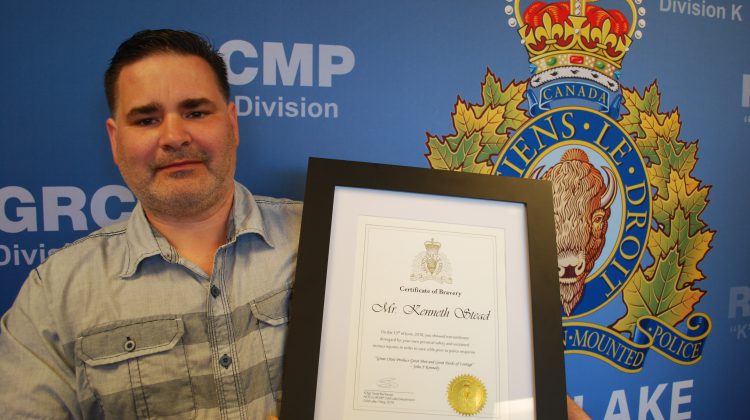 A Cold Lake resident has received high praise from the RCMP. Kenneth Stead was the recipient of an RCMP Certificate of Bravery last Friday during National Police Week celebrations at the Cold Lake detachment.

Stead was involved in a 2018 incident where he was stabbed trying to help a woman involved in a domestic dispute. He later collapsed in the Cold Lake Health Centre emergency room and required blood transfusions to survive.

More restrictions coming for Alberta; over 6,700 new cases in past five days