Mounties in Cold Lake say they’re looking for 15-year-old Katarina Trinity Cardinal. The RCMP says Cardinal was last seen at the Subway restaurant in the city on April 1st. She hasn’t been heard from since.

Cardinal is described as:

She was last seen wearing white sneakers, black leggings and an army-green jacket.

Anyone who has info on Cardinals whereabouts is asked to call the Cold Lake RCMP at 780-594-3301 or your local police. 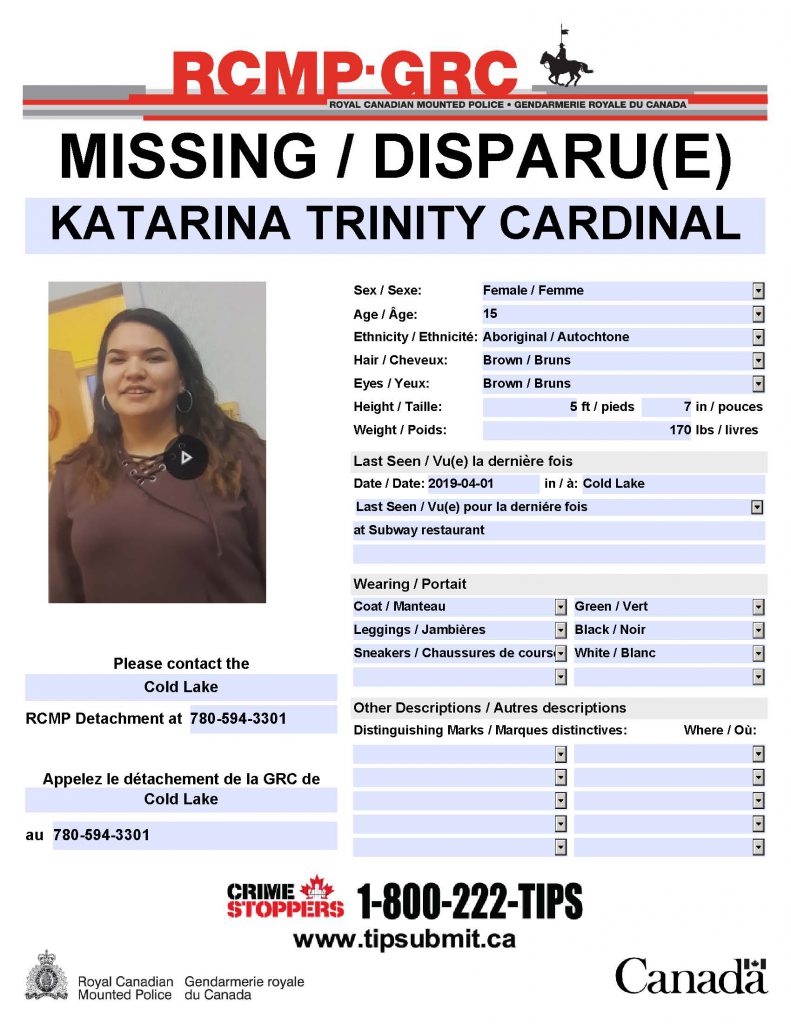