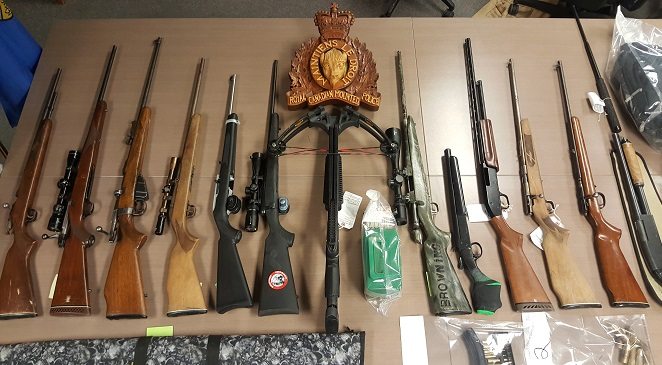 A host of drugs, weapons and stolen property have been seized from multiple locations in Cold Lake. With the help of Bonnyville RCMP and the Alberta Law Enforcement Response Team, local RCMP executed five unrelated search warrants at four homes and another spot in the city.

Several people were arrested, and 72 charges have been laid against four people from Cold Lake ranging in age from 30 to 39 years old. They are set to appear in court today.

In total, RCMP seized five ounces of cocaine, three ounces of meth, a half pound of marijuana, and 3.2 ounces of magic mushrooms. They also turned up a cross bow, brass knuckles, a stolen motorcycle, cash, and drug trafficking paraphernalia.

Officers in Cold Lake and Bonnyville have been working together to address crime in the region.