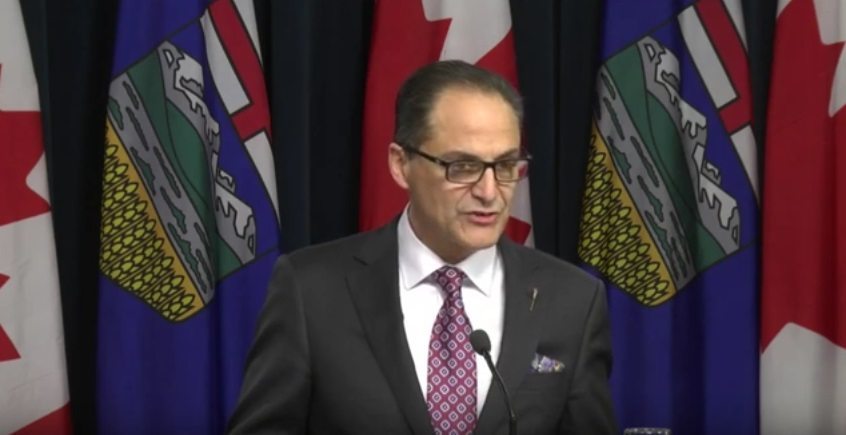 The Alberta NDP now say the the province can expect to see its economy grow by four per cent, almost double the 2.6 per cent growth that had been forecast for 2017. More than 70,000 full-time jobs have been added to the workforce since mid-2016, and drilling activity, retail sales and all indicators are up according to Finance Minister Joe Ceci.

Ceci says in the first quarter the NDP aimed to cut overall spending by $400 million. So far $300 million worth of administrative savings have been found.

The government says the salary freeze that began in early 2016 will continue. It was originally set to expire in March 2018 and will now expire in September 2019.

In addition to the salary freeze, “hiring restraints” already put in place will be tightened in an attempt to save money through attrition. Ceci says education and health spending, especially front-line staff members, is not an area they are looking to cut back. Those positions will be filled after approval from the Treasury Board.

“We’re also asking our labour partners to join in our efforts. We’re looking for more commonsense settlements like those we negotiated with teachers, which provide job security in return for no raises and better services for our kids.”

Ceci says part of the NDP’s strategy through the recession was to “lead the recovery not follow the recession.”

“We invested in capital and kept many others working in jobs and, so, that was the right decision. Other provinces have taken a more austerity approach and fired people and they’re not doing as well in terms of growth as Alberta is doing today.”