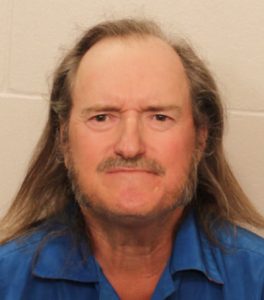 The man charged with murdering an Abbotsford, BC Police Officer in a shootout on Monday is a former resident of Ashmont.

The Edmonton Journal reports that Oscar Arfmann had lived in the village before selling his property a year ago and living in an RV in BC. Arfmann’s family members say he had been struggling with the death of his wife Patricia, who passed away four years ago. A statement from Arfmann’s sister-in-law says he “was really never the same” after becoming a widower. The statement also notes that he was admitted to the St. Therese – St. Paul Healthcare Centre in 2015 for a mental evaluation, but was released three days later.

65-year-old Arfmann is alleged to have stolen a 2016 Ford Mustang from a  dealership on a test drive. When dealership employees found the car again, called police and boxed it in, the driver returned to the vehicle with a gun and began shooting at employees and bystanders. Police arrived on the scene and returned fire. During the exchange. Cpl. John Davidson was shot and later pronounced deceased at hospital. The suspect was able to flee the scene but was caught a short while later after a collision in an intersection.

Arfmann is in a hospital and conscious, though the extent of his injuries have not been released.