Unemployment Below 7 Percent in Northeast Alberta 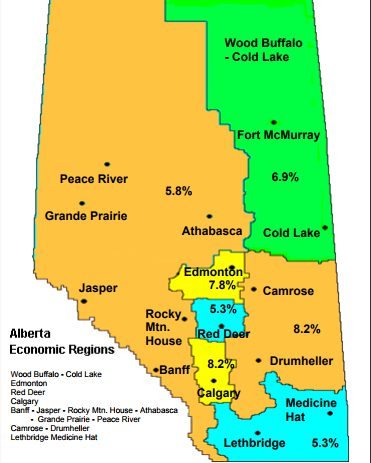 October was a strong month for jobs in Canada, with over 35,000 gained nationwide. Northeast Alberta was along for the ride as well.

The region saw its unemployment rate drop from 7.3 percent in September all the way to 6.9 last month. Regional unemployment was at 9.3 percent this time last year.

“The unemployment rate in Alberta has not fully rebounded to what it was in the fall of 2014, just prior to the oil-related downturn,” said Statistics Canada in their report.