Walk For Peace Held in Bonnyville 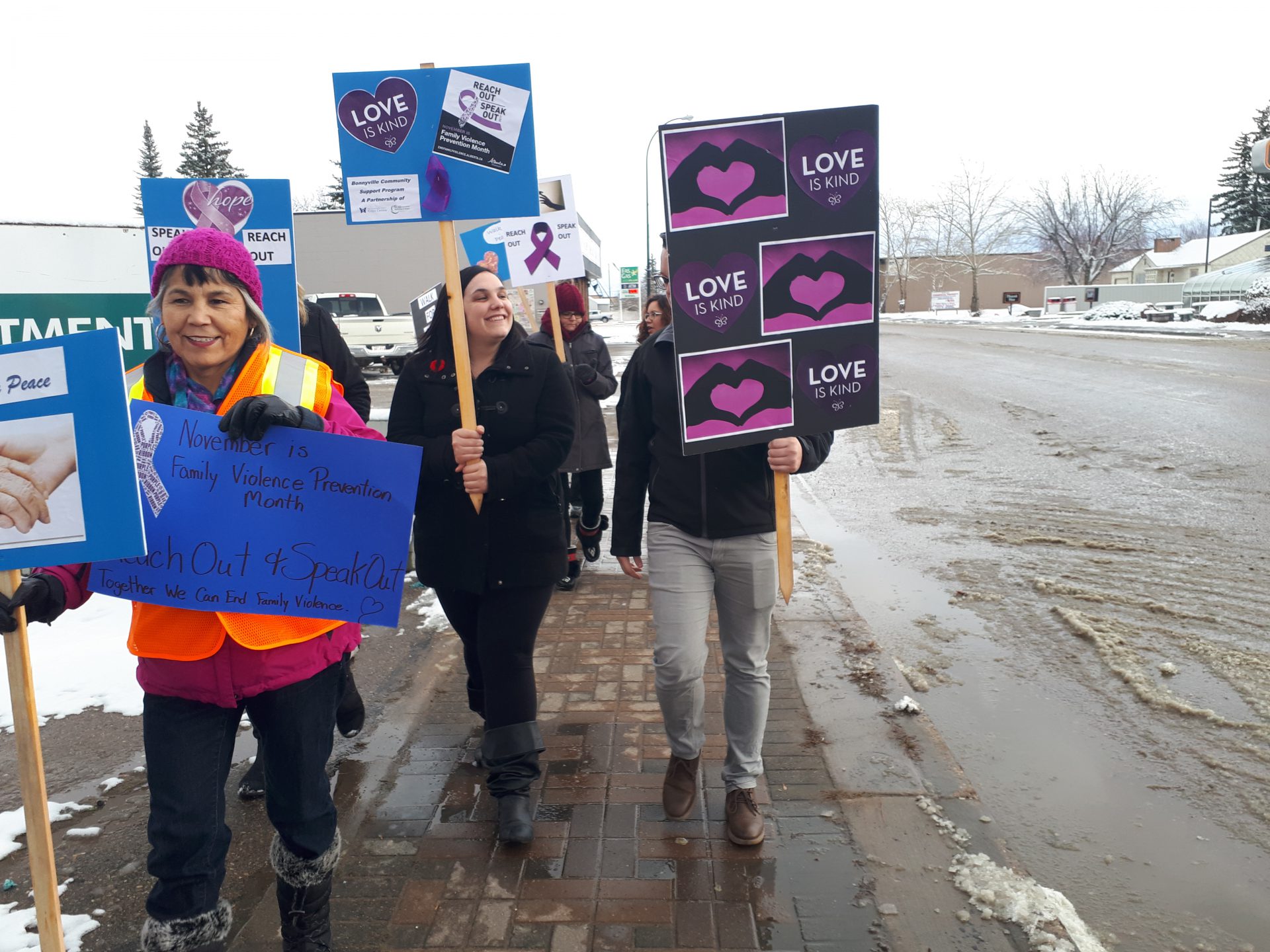 About a dozen people walked from the Bonnyville Friendship Centre to the Lakeland Credit Union and back today to raise awareness of Family Violence Prevention Month and to take a stand against abuse at home.

Recent snowfall stifled turnout a bit, but Brenda Parsons with the Dr. Margaret Savage Crisis Centre’s Bonnyville Community Support Program says she was still glad to get the message out.

“As long as we’re raising some awareness and having people question what the heck those signs are doing out there and what are those people doing, then I think we’ve done our job.”

That’s far from the end of events planned for the month though. The Centre’s “Walk to Remember” will be held in Cold Lake on November 16th at the Energy Centre. It will include a candlelight vigil and positive stories from those who have managed to escape the cycle of abuse. There will also be a community supper at the St. Louis Parish hall on the 30th to end the month. It is free to the public and there will be a vigil and stories shared there as well.

The theme for the month is “Reach out, Speak out,” but local groups are also continuing with the theme of “Everybody has a story to tell,” from the recent Lakeland Women’s Conference.

“We need to take time to listen to those stories,” says Lil Cardinal with the DMSCC. “It’s so easy as human beings to jump the gun and not even stop and listen to stories… It’s not my story, it’s their story. That’s one of the things we’re starting to put into practice. There’s a reason why they come looking for support, so I need to able to say ‘How can I help you? Can you tell me your story?'”