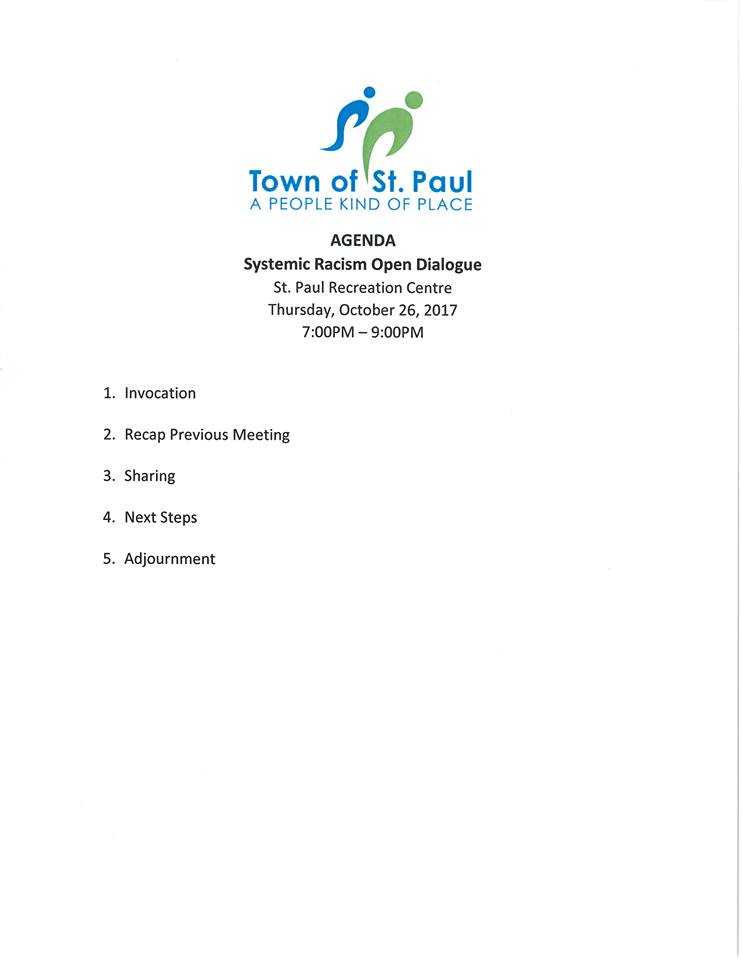 After a successful first session in September, the town of St. Paul is holding a second open dialogue on systemic racism tomorrow.

“The dialogue was initiated… out of a situation that happened here in St. Paul that was definitely targeted racist comments and behaviour,” says new mayor of the town Maureen Miller, who was present for the first meeting. “Fortunately for the family that was targeted, they said ‘Can we not just start a discussion?’ We need to be raising our children so that they understand this is not appropriate behaviour… We are not going to truly acknowledge or appreciate each other’s differences unless this conversation is always on the table.

While Miller is hoping to have more of these dialogues in the future, the frequency and agenda for them will be based mostly on feedback from attendees. This meeting is from 7 to 9 at the Rec Centre on Thursday.