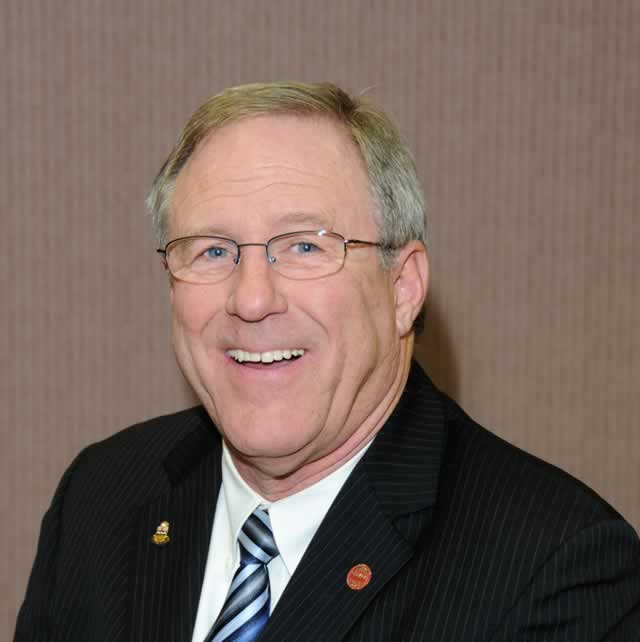 After seven years of service and deciding not to run this election, John Irwin attended his final meeting as councillor for the Town of Bonnyville on Tuesday. Several of his colleagues took time to wish him farewell.

“Councillor Irwin has served on this council for seven years and he did a remarkable job,” said fellow councillor Ray Prevost. “He always came to council very well prepared, always voted his conscious and never looked around the room to see who was voting this way or that way; always voted his conscious, voted what he thought was in the best interest of the Town of Bonnyville. Most importantly Councillor Irwin was a great team player… he never criticized a fellow councillor for their views, even when they were of the opposite view. Thank you very much for the seven great years of service John.”

Mayor Gene Sobolewski chimed in as well. “John, it’s been absolute pleasure to work with you. You’ve been strong through a lot of the issues we’ve had to deal with here. We’ve been through some happy times, we’ve had some sad times as well. On behalf of myself and the rest of council, congratulations on your retirement.”

“It’s been an honour and a privilege to serve with you people,” replied Irwin. “I wish you all the best; particularly the three newcomers vying for seats here. I wish you all good luck in the election next week.”

Irwin has lived in Bonnyville since 1985 and was acclaimed to Council in 2010. He was then elected for another term in 2013.