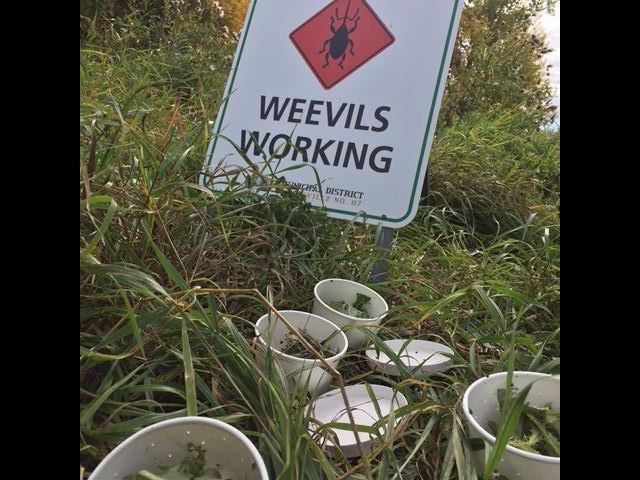 The MD of Bonnyville is employing an army of weevils to kill off the Canada Thistle; a noxious weed that can wreak havoc on natural habitats.

The weed is a difficult one to keep under control. Its root system can extend up to six metres underground and four a half metres around. to further complicate matters, the plant produces up to 1,500 seeds, which are dispersed by wind, and can remain in the soil for up to 20 years. The thistle can quickly push out native plants.

The MD can’t use chemicals on Environmental Reserves located around lake areas as that would affect other wildlife as well. With this in mind, the district is trying out a natural solution with a trial run of Canada Thistle Stem-Mining Weevils.

These weevils are non-invasive, do not bite, and are slow moving. They exclusively eat thistle and a few close relatives, making it a natural choice for biological pest control. They have been approved as a biological control in Canada since 1965.

In the spring the larvae internally mine inside the stem of the thistle plant. They emerge later in the summer to feed on thistle leaves before winter. The adults then, over the winter, sleep in the soil and attack the emerging thistle in the spring. When the larvae mine the stem, they consume the plant tissue leaving a hole, which allows other micro-organisms to enter the plant with adverse consequences for the thistle.