RCMP HAVE TAKEN OVER INVESTIGATION AFTER ATTACK IN EDMONTON 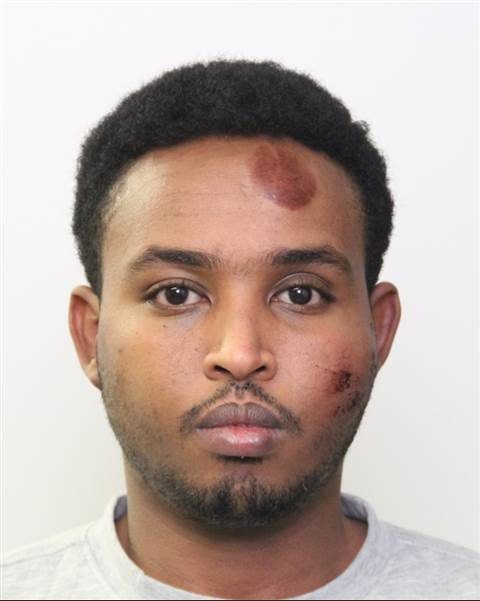 In what is expected to be the final update on Saturday’s attack in Edmonton police revealed there have been no terrorism charges laid at this time.

They have confirmed that 30 year old Abdulahi Hassan Sharif is facing multiple charges, including 5 counts of attempted murder. Police Chief Rod Knecht had said that he was expecting to see terrorism charges laid, however Superintendent Stacy Talbot, Officer in Charge of the K Division Integrated National Security Team, said while those charges could be laid in the future the investigation into that would be complex and vast.

“It deals with political, religious or ideological purposes and we are still very much in the infancy stage. This investigation is continuing and it will take us some time. As we move forward, as we gather more information and evidence, that will obviously be re-assessed and if warranted further charges will be pursued.”

Talbot clarified that Sharif had been “arrested for terrorism charges”, but at this time he has been charged with five counts of attempted murder, dangerous driving, criminal flight causing bodily harm, possession of a weapon for a dangerous purpose.

Many questions were raised about the previous investigation that took place in 2015 when the suspect was questioned alongside others who were accused of “espousing extremist ideology”. Talbot says that was a thorough investigation, but no charges were laid.

No further details were provided as to the investigation as the case is before the courts. Talbot would not speak to questions regarding potential search locations around Edmonton or mental health concerns related to the suspect.

EPS Inspector Carlos Cordosa also added more detail about the pursuit in to downtown. 2 marked police cruisers and four tactical vehicles were involved and one of the tactical vehicles performed a maneuver that rolled the vehicle.

“If we hadn’t pursued this vehicle in light of the use of the car earlier to run over a police officer and the history of large vehicle attacks in Germany, Spain and other European counties the outcome would have been much worse.”

Sharif is due to appear before a judge Tuesday.