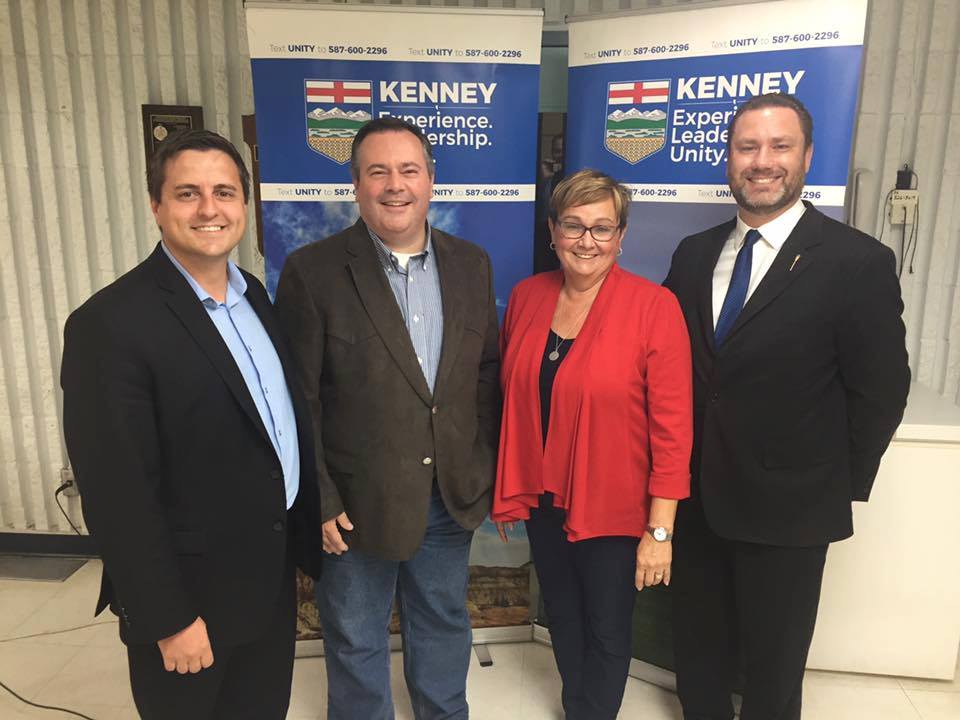 Bonnyville-Cold Lake MLA Scott Cyr has weighed in on the United Conservative Party leadership race and is endorsing Jason Kenney.

Cyr announced his endorsement while Kenney was making a stop in both towns on Monday.

“I am supporting Jason because I firmly believe that he is the only one with the right experience to bring fiscal responsibility back to Alberta, and put an end to the NDP’s reckless spending,” said Cyr in a statement online. “? I am looking to party and a leader who is able help our constituency, as we become a hotspot for high unemployment, plummeting house prices and record food bank usage.”

A former Wildrose leader, Cyr was careful to remain respectful of his former boss who is also running for leader.

Yet right now we need someone that isn’t just looking to form another official opposition but has the intent to form government. Alberta needs someone who will be our champion. A person who is proud of our province, will tackle our debt, bring in government stability, unify conservatives and has the experience to get it done quickly. After deep consideration I believe that Jason Kenney is that best person to lead our province into the next election.”

Cyr has publicly criticized the former Wildrose Party’s handling of finances. He went public about his concerns in August when it was revealed the party brought a significant amount of debt to the merged UCP.

Cyr wasn’t the only one to endorse Kenney in the Lakeland. Former MLAs Genia Leskiw, Denis Ducharme and Shayne Saskiw all gave their support as well.