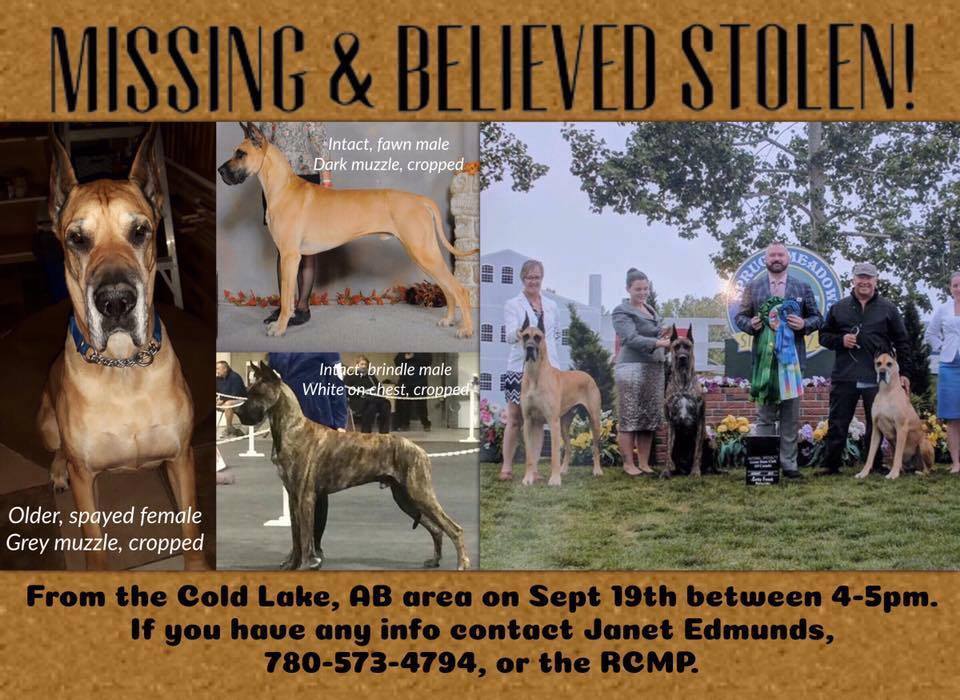 The Lakeland is on the lookout for three missing dogs that might possibly have been stolen.

The dogs first went missing just outside of Cold Lake last Tuesday and a few possible sightings have been reported since. One report came in today saying they were seen around Highway 55 and 881 in Lac La Biche.  Another possible sighting was reported near CNRL’s Kirby site.