Unemployment Up to 7.7% in Wood Buffalo – Cold Lake Region 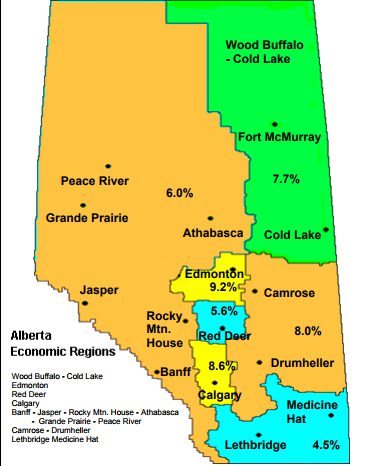 While Canada’s unemployment rate has dropped to levels not seen since 2008, Alberta – and the Lakeland in particular – isn’t feeling the good times quite yet.

Unemployment in the Wood Buffalo – Cold Lake region shot up a third of a percent in August from July to 7.7 percent.

Canada’s unemployment rate has dropped to its lowest level in nine years. It dipped 0.1 per cent in August to 6.2 per cent. Statistics Canada says the economy lost 88,000 full-time positions, but that was offset by the creation of 110,000 part-time jobs.

In Alberta, the unemployment rate was 8.1 per cent in August, up from 7.8 per cent in July. It’s still lower than a year ago, when the rate was 8.5 per cent.