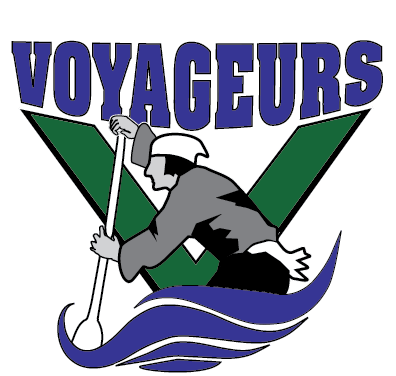 After months of preparation to move to Cold Lake, the Portage College Voyageurs men’s hockey team is now staying put in Lac La Biche after the threat of a lawsuit from the county.

“College administration could not justify the Board of Governors spending taxpayer dollars in a costly legal battle over who owns naming rights to a hockey team,” says College President and CEO Dr. Trent Keough. “The legal costs would be far more than the 100,000 dollars on the table. Further, there is no known positive or beneficial end value given to all Portage students by contesting the Statement of Claim. Consequently, we cancelled our original decision on awarding team naming rights to the City of Cold Lake.”

“We are pleased to see the Voyageurs staying at the Bold Center, which has been the team’s home base for years,” says Lac La Biche Mayor Omer Moghrabi. “The Voyageurs are a source of community pride, and the team’s presence in our community generates a wide variety of economic benefits. That is why Council and I wanted to keep the team here, and we look forward to three more years of local Voyageurs hockey action.”

The county says they will pay the Voyageurs 100,000 dollars a year for three years and give them the minor hockey rate to rent the Bold Center for ice time. The cost of placing the Voyageurs’ logo at centre-ice will be waived as well.

However, the college says they’ll have to find another 150,000 dollars a year for the team to break even financially, which might prove easier said than done given the current state of the local economy.

The college also says they will work with students and staff to mitigate the financial losses incurred from housing leases in the City of Cold Lake.